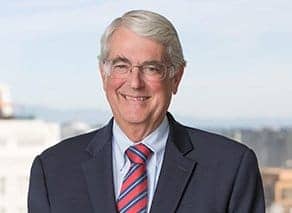 Senior Counsel Tom Tongue , who was named Bet-the-Company Litigation Lawyer of the Year.

Ten other Dunn Carney lawyers received honors from the national ranking organization, including: